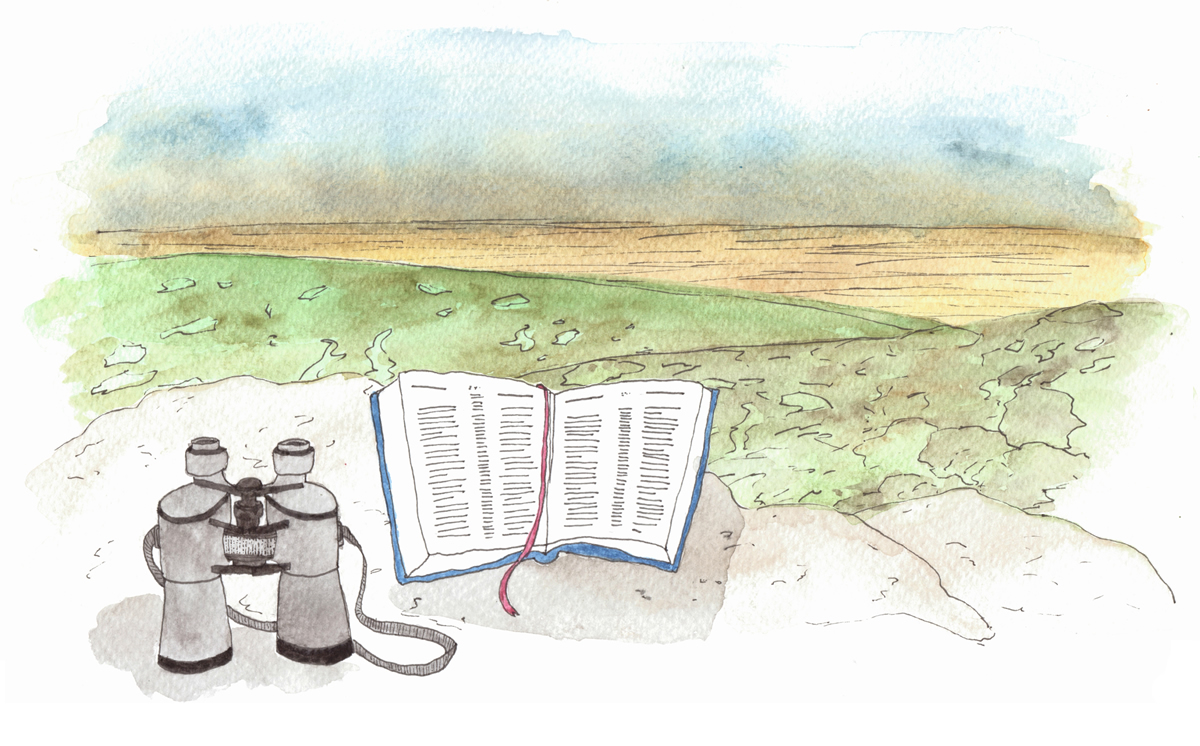 How would you say you read the Bible?

Most Christians don’t often think about that question. They might be able to answer when, why and how often, but not usually how?

We learn to read the Bible from the faith community we belong to.

It might seem like an odd question at first glance, but the truth is people read differently, for different reasons, with different priorities using different techniques. Literary theorist Stanley Fish argued that “interpretative practices are communal property, learnt from the interpretative community to which an individual belongs.”[1] Other researchers agree; we learn to read the Bible from the faith community we belong to.[2]

After two decades of teaching the Bible to young adults I had a question.

How was my public handling of Scripture influencing their Bible reading?

Turns out I wasn’t alone in asking that. Three church leader friends were willing to let me observe the Bible reading of their young adults to find out what their preaching was modelling.

There are three horizons from which one can read any text, including the Bible:

Readers might focus on “understanding the intention of the author or recreating imaginatively the events described in the text or applying the text in some way to one’s life.”[3]

It’s healthy to ask questions of both the Biblical text and our assumptions about it.

Christians believe God’s Spirit shaped the content of the Bible and guides our interpretation, but that doesn’t mean we shouldn’t question our assumptions about it. Scholars prioritise different horizons depending on their interests. Church leaders and Bible teachers do the same – either consciously or unconsciously.  Authors from across the evangelical spectrum have encouraged  consideration of the biblical authors’ purposes for writing.[4] But what about Millennials? What have they learnt to do as they read Scripture.

Our expectations of Millennial readers

We feared Millennials might be entirely self-absorbed in their Bible reading.

The church leaders and I anticipated that our young adults would focus on the reader response horizon, only considering what a text might mean for them. At one level this devotional reading is fine, Christians expect God to speak to us through the Bible so it’s a legitimate hermeneutic. However, given that Jeremiah 29.11 is among the most memed Bible verse on social media (context entirely ignored!)[5] we feared that “Generation Me” (as Millennials have been called) might be entirely self-absorbed in their Bible reading.[6]

Our fears were misplaced.

So how did they read?

Firstly, making generalisations about a generation from one study is clearly unwise. It should also be stated that the churches involved took Bible teaching very seriously. They have half hour sermons, systematic teaching and intentionally train preachers in Bible handling. What their young adults have seen modelled may not be typical of other churches. All that said, when presented with unfamiliar Bible narratives to read in groups, all their young adults did the same thing. I named it the Bible reading “Two Step.”

Step One – the world in the text.

They began by asking questions about the world in the text. Where it was situated in the wider biblical story? Which king it was talking about? Where was it in David’s timeline? – Location questions.

They also asked questions about the culture it was describing: What was normal behaviour, or social expectation at the time? How did an individual’s behaviour compare to that?

They wanted to understand the world in the text.

They were aware that there was a gap between the world of the text and their own and wanted  to understand the historical and cultural context. The less familiar the story, the longer they spent on this. With stories they knew they moved on much more quickly.

Sometimes new believers asked what they should “take away” from the passage. Typically others explained that there were other things to clarify first. This “hermeneutical apprenticing” was particularly noticeable among  more Reformed readers but provides further evidence  that people learn to read the Bible from those around them.[7]

After they had answered these questions (or expressed their frustration at not being able to!) the groups moved on to discuss theological questions. E.g.  How do we feel about God behaving like that? What is our experience of these sorts of events? From there they asked “What does this mean for us?”

They expected the text to impact them personally.

They did expect the text to personally teach them something. When asked “Why is this story in the Bible?” Everyone answered “to teach us…” or “to show us…” They understood the Bible as written for “us” anticipating that every passage would help them in their faith in some way. Sometimes when individuals couldn’t find “the main point” (their phrase for a personal application) they expressed frustration, or asked the others. The reader horizon was vitally important.

The leaders were happy to see their young adults focussing beyond themselves and thinking about the context as well as the content of the passage, but we were struck by what was missing – the author horizon.

The writer Luke was mentioned just twice in 6 hours of discussion on Acts 12, and Old Testament authors weren’t ever considered in 10 hours on 1 Samuel 25 and 2 Kings 5. It was almost as if the Old Testament didn’t have writers (never mind an editor of centuries of oral tradition). That simply wasn’t on their radar.

Does that really matter?

We might ask how important that is. Particularly since scholars argue endlessly about the authorship of such ancient literature. Two leaders explained that they believed it would confuse people and undermine their confidence in the Bible.  I get that. When you decide what to include in a sermon, authorship isn’t usually high on the agenda.  Consequently these young adults didn’t think to ask those questions at all. Why would they?

I appreciate that most of us just want people to read the Bible at all. Making it relevant to contemporary life is what we try to do as we preach and teach.

What are the long term effects of never talking about where the Bible came from?

However, I wonder what the long term effects of never talking about where the Bible came from are? Of not engaging with the history of the Canon, or talking about translation and how it works? About the shape of biblical books, the significance of how things are said? About the existence of a human author partnering with God in trying to communicate certain things?

What do we lose by thinking the Bible is all about us? And how might we help people read really well and develop deep conviction about it?

I interviewed a young man a few weeks ago who has completely lost his faith. Until his mid-twenties he’d never asked questions about the authority of Scripture. It seemed that he had understood the Bible as magically appearing without any human agency. When he discovered how the Canon of Scripture came together it completely undermined any authority it had for him. However plenty of Christians have undergone the same process and  through thoughtful discussion, study and prayer have continued to trust the Bible as more complicated but also richer, more profound and more powerful than they ever thought it was.

My teenage nephew was fascinated at the idea of 4 gospels written from different angles for different types of readers. Rather than thinking “they disagree so they can’t be believed,” it provoked him to go back and examine them more carefully, to look for clues and patterns in the text.

Presenting the Bible in richer terms might inspire people to read it more, rather than just looking for a personal “word for today”.

My nephew’s response and the way those in the research engaged with the textual horizon made me wonder if we underestimate young people’s interest in how clever and beautiful this astonishing collection of Scripture is? I wonder if presenting it in richer terms might inspire people to read it more, rather than just looking for a personal “word for today” which risks reducing it to a book of blessed sound bites?

We keep being told that authenticity is what Millennials are after and in a sometimes aggressively secular society young adults need to have confidence in Scripture, they need to be able to read it well, wisely, graciously – not just toss it out when it’s complicated or challenging.

I am encouraged by what these findings showed. I don’t know the answer to how to do this well (and I’d love to hear your reflections) but I do think that reflecting on our Bible teaching, and what we are modelling is important if we are going to faithfully pass on a love for Scripture to those following behind us. As Paul said “Pay close attention to yourself and to your teaching.” (1 Tim 4.16)

[4] Gordon Fee & Douglas Stuart, How to Read the Bible for all it’s Worth. Grand Rapids: Zondervan, 2003; J.I. Packer “Understanding the Bible: Evangelical Hermeneutics.” In Restoring the Vision, edited by M. Tinker, 27-35. Eastbourne: Monarch, 1990; John Stott, Between Two Worlds: the Art of Preaching in the Twentieth Century. Grand Rapids; Eerdmans, 1982