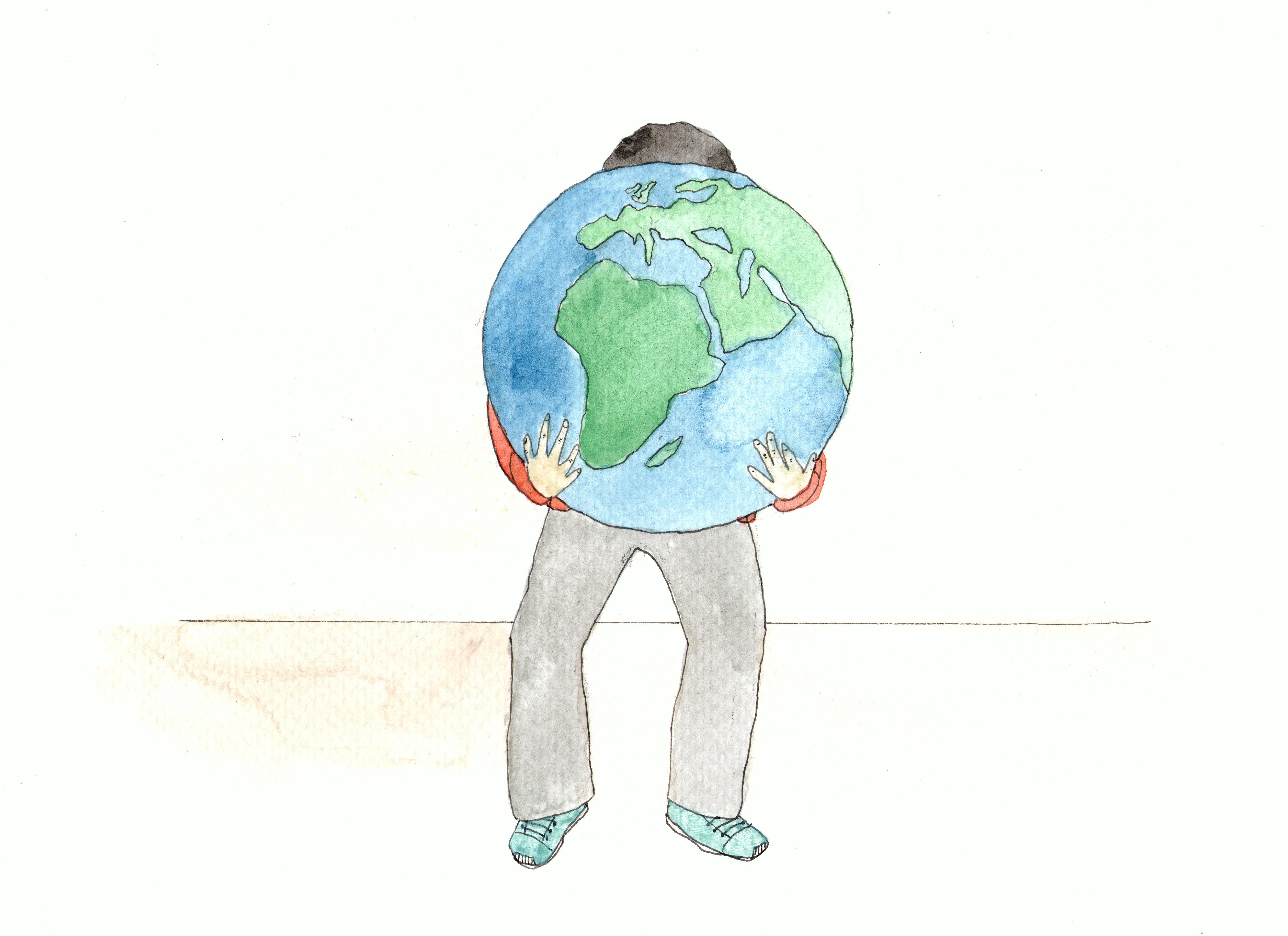 Despite the popular criticism of today’s young adults as entitled ‘Generation snowflake’ or ‘Precious unicorns’ (who believe they are special because mummy told them so), my experience of Christian Millennials is somewhat different. I sit firmly with those who describe many emerging adults as ‘Altruistic Individualists.’ Certainly they are individualists (as are most people in Western societies) but more interesting is the concern among many young adults about social issues and global injustice.

To be fair, many generations are passionate about those things when they are young and idealistic. Even as a cynical Gen Xer  I remember being strongly concerned about meat being murder, saving the whale, freeing Nelson Mandela and the threat of nuclear Armageddon in the 1980’s!

Commentators like to criticise today’s young adults for thinking that clicking on a social media petition or tweeting their outrage at some atrocity is sufficient engagement with social problems. Honestly, all I remember doing is having heated debates and singing pop songs (thanks Nik Kershaw and Morrissey). I’d like to ask what percentage of Gen Xers or Baby Boomers are actually doing very much more than passing comment via social media?

How are Millennials different?

The priority of many Millennials is for their lives to make a difference.

My observation after 2 decades of ministry with young charismatic and evangelical Christians in the UK is that the millennial generation are far more engaged with social justice and ministering to the disadvantaged than I and my friends were at their age. Without trying I can think of over a dozen young adults who have set up charities, not for profit organisations and social enterprises. Many, many more have chosen job satisfaction over salary and are working in the voluntary, charity or public sector. It is well recognised that the priority of many Millennials is to make a difference with their lives.

There are political, cultural and economic reasons behind that spirit of entrepreneurship, and theological shifts in the Western Church which I haven’t’ got space to explore here, but the research I’ve conducted over the past two years turned up considerable evidence about this pattern.

In all fairness my sample of 50 young adults was drawn from the North East of England which has more than its share of deprivation and social problems. Most churches here are engaged in some sort of ministry to the disadvantaged and the public and charity sectors are among the largest employers. This data may be skewed compared to more affluent regions. None-the-less, 76% of those I interviewed were, or had been, professionally involved in those fields. Many of the others volunteered at churches or charities alongside their professional lives.

That is a lot of young Christians intentionally investing their lives in the welfare of others.

Inheritors of an activist tradition

Of course activism has a long heritage within Evangelical Christianity. It is one of the 4 qualities church historian David Bebbington includes in his well-established definition of ‘Evangelical’[1]. Many of the welfare and charitable foundations of British society are shaped by their evangelical roots. In recent decades under the influence of Liberation theologies and in the face of ongoing austerity there has been a wider resurgence of interest in the gospel as more than just conversionism, but also a force for human thriving and social transformation. This has undoubtedly shaped young adult theology, as has increased awareness of global issues via the internet.

Heading for burn out?

There are interesting questions about why young adults are so often interested in social justice but what I am currently concerned about is the potential link between faith-motivated activism and patterns of burn out I see happening.

A number of those I know personally have worked themselves to a breakdown before the age of 30. Half of those I interviewed described having mental health problems. Certainly there were other factors involved in that, but working incredibly hard to alleviate the suffering had contributed.

For those in the public sector: teachers, social workers and medical professionals, both the problems of service users and pressures of those work places were huge. For those in the charity sector the needs were relentless and management was not always great; junior staff were often the casualties. Sadly, even those working or volunteering for churches experienced pressure from poor management structures, boundaries and insufficient salaries.

The wider culture combined with relentless needs and their genuine desire to serve God by helping, meant young idealists had too often been overwhelmed or become cynical and so withdrawn from professions or church communities.

Are we making it worse?

My reflection as a pastor and trainer was ‘Have I exacerbated this somehow?’

When I teach from Luke 4, where Jesus qutoes Isaiah 61 and talks about ‘Binding up broken hearts and setting captives free’, Millennials respond with enthusiasm. But has this emphasis inadvertently set them up to burn out?

Has encouraging privileged young people to ‘Steward the many talents you have well’[2] or ‘Become the ground that bears seed 30, 60 or 100 fold’[3] compounded cultural workaholism?

Do they understand ‘Shalom’ as wholeness, joy, rest and justice? Or have I taught them to strive with a Messiah complex that they must save the hurting ‘for Jesus’?

I’m not sure us older generations are modelling ‘My yoke is easy and my burden is light’ either.[4] It almost seems like a rite of passage for church leaders to have a breakdown. (I throw no stones – I have the T-shirt!) But my concern for younger generations is that they will be overwhelmed by the needs of the world which technology makes them aware of. I am fearful that they with either breakdown or develop hard hearts in order to cope.

So what is the solution?

Recently I read The World is Not Ours to Save.[5] Tyler Wigg-Stevenson, an anti-nuclear campaigner, is also concerned about young adults becoming disillusioned, developing compassion fatigue and only engaging in what he calls ‘empty slacktivism’. His thesis is simple but powerful:

I appreciate in principle many of us assent to this, we may even preach it. But there is a difference between information and revelation.

Which story do we tell?

My observation of those young activists I know, and the research data I’ve gathered, suggests that we are not empowering and liberating them. Instead they are too often overwhelmed and oppressed by the needs they see because they (and we) have an insufficient vision of Jesus:

They know and love him incarnate – blessing, teaching, demonstrating compassion and mercy.

They know and worship him crucified – suffering for the sake of humanity.

But do they (and we) know him resurrected, victorious, seated in glory and drawing all things to himself?

Do we teach Christ resurrected, victorious and seated in glory?

Accusations of charismatic triumphalism are often justified, but in a time where the world is shaking and the needs and injustices are relentless and visible, I think we need to consider how good our Christology is?

Wigg-Stevensen expresses how liberating it is for those Christian activists to,

“Remember that we do not fight our battles on a level field. Our perception of good and evil as evenly matched adversaries is based on the skewed perception of our fallen vision. We have distorted optics, like a carnival mirror, that magnify evil and diminish Christ. From a kingdom perspective, evil dwindles to its true insignificance and Christ erupts in his unfathomable splendour. This means that our battle is not so much against the adversary. It is rather with whatever prevents us from seeing Jesus Christ in his complete glory.”

This might contain a key that helps younger generations (who carry so much of God’s compassionate heart and hatred of injustice) to live lives that are hopeful, fruitful and free as they work out their specific vocation, rather than burning out trying to ‘save the world’. Jesus has already done that!

[1] The others are Biblicism, Conversionism and Crucicentrism. D.W. Bebbington, Evangelicalism in Modern Britain: A History from the 1730s to the 1980s. London: Unwin Hyman, 1989.