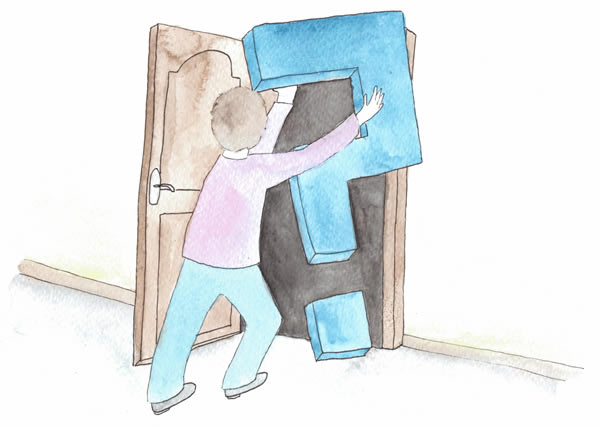 Last month’s post presented findings about the confidence of young Christian women and how that increases during their twenties. This month I want to make some further observations about what else appears to change in their faith as Millennials get older.

How does theological understanding change for Millennials in their twenties?

One of the things I was interested to find out was if/how their theological understanding changed as the participants went through their twenties. Obviously it would be better to have done a longitudinal study – talk to the same people at 20, 25 and 30 and see what has changed for them – but that wasn’t possible. Instead I compared what different groups of young adults did at those ages.

As I’ve previously explained regardless of church background all nine groups (comprising 50 individuals) did the Bible reading ‘two step’ – asking questions about the cultural and historical context of the narrative before asking theological and devotional questions. However there were some differences across the age groups which suggest a possible developmental pattern.

Asked those historical and cultural questions but often didn’t know the answers. Some suggested asking Google, other bemoaned their lack of knowledge or said they wished they had an expert to explain it to them. One explained that he needed to hear a sermon on something for a passage to make sense, and marvelled at how preachers “just know that stuff!”

However, they also spent a significant proportion of their time asking theological questions.

These are important theological questions – which they couldn’t answer.

Typically people threw in different ideas which were left hanging without being resolved. It seemed that they weren’t able to critique those views fully. Although ideas were bounced back and forth often things were left as a mystery and the discussion moved on. However, they spent a lot of time pondering those big theological conundrums.

Clearly had the greatest confidence in handling the text, and higher levels of background information to share. (Not surprising since they’d typically been in church longer). However, they asked the least number of theological questions. Their discussion focussed on the behaviour of characters and the implications of those actions.  They didn’t appear to be wrestling in the same way with big theological questions as the youngest readers. I wondered if the reason for this might be that they had either:

Instead they wanted to talk about how to make an unhappy marriage work (1 Sam 25), or the challenge of praying persistently (Acts 12). Theirs were more pragmatic discussions. Perhaps the busyness of life and demands of living out their faith at work, in relationships, with children etc. meant they had more immediate concerns than the conceptual issues the younger readers raised?

However, there were some exceptions.

When people come to faith – regardless of their age – there are important questions to resolve.

Older readers who were also new believers asked the same questions as the younger readers. They too wrestled with theological dilemmas but other older readers didn’t engage with their queries, instead they moved the discussion on. This suggests that when people come to faith – regardless of their age – there are important questions to resolve and answers to find. Those are common among teens and very young adults but are also important for older adults who are new to the Christian faith.

That has implications for the discipleship of new believers of all ages. They need time, space and help to think through big theological questions, and it may be that those whose faith is established may not be aware of the need to help them with a process they themselves went through long ago.

But what about those in the middle?

The data showed that they had more in common with the younger readers spending more time on theological questioning. However, they did show greater ability to critique answers, to accept or reject ideas rather than just leaving them floating. There was also a greater confidence in their Bible knowledge, and they were more willing to challenge ideas and concepts.  It does seem that by their mid-twenties millennials are developing the skills to weigh up ideas, but they have not yet found resolutions to their theological questions.

This is important for how we treat those in their early to mid-twenties in our congregations.

In previous generations people were considered fully formed adults by the age of 21 or 22, for Millennials that is not the case.

In previous generations people were considered fully formed adults by the age of 21 or 22, for Millennials that is not the case. They truly are “emerging adults” continuing to explore who they are and what they believe.[1] Neurological research has also revealed that the human brain continues to develop until the mid-twenties.[2] This helps in the making of “executive decisions”, including developing conceptual frameworks and advanced reasoning ability about abstract and complex subjects – including religious belief.[3] Young adults’ brains are literally still forming even in their mid-twenties.

This raises questions for churches.

1. Do we have realistic expectations?

Do we assume that because they’ve finished studying or have a job Millennials are established adults and therefore expect the same levels of emotional and theological maturity as we would someone in their 30’s or 40’s? Without being condescending, do we have realistic expectations about their development and yet give them helpful opportunities to grow and contribute to church life helpfully?

No responsibility and too much pressure are equally problematic.

Many of those I’ve interviewed have described one of two frustrations: either being given no responsibility and treated like children; or having too much responsibility placed on their shoulders because they are enthusiastic and have capacity. Somewhere in between is wise mentoring, training and releasing of emerging adults at an appropriate rate.

2. How do we help young adults to explore their faith?

Millennials need help to graciously discern what is helpful and respectfully discard what is not.

Millennials don’t need us for information – they can access that via the internet. What they do need is help in processing those ideas, learning to wisely critique what they read and hear from all over the world. I discovered Millennials listening to diametrically opposing theological teaching and unquestioningly accepting it all. In a world where debate is often simplistic and reactionary the tools they need from us are how to graciously discern what is helpful and respectfully discard what is not.

3. Where can people ask difficult questions?

Finally, how do we address important, genuinely significant theological ideas and concepts in a life-giving way? It does matter how we present God. It does matter that people can be confident that the Christian faith has philosophical integrity. In our churches where are people allowed to genuinely ask questions, wrestle with their doubts, process theological conundrums? What forums do we have for allowing both emerging adults and other new believers to do this processing? There is a tension between creating discussion that simply rips apart simplistic faith leaving people crushed and a space for pressing into the deep mysteries of the Christian tradition.

Asking questions is normal and healthy. We surely want people to have confidence in their faith? We are often told that Millennials want authenticity in their lives. I think that extends to theological integrity and we need to reflect on how we are helping them with that.

Several individuals have told me that they felt unable to talk about their doubts within church. They were afraid of looking foolish, afraid of being ostracised, afraid that they would be judged in some way. Some of them had ultimately walked away from Jesus because their doubts became louder than their faith and they could no longer keep pretending. This is challenging stuff, but understanding this developmental process is a good start to thinking about how we help people grow into a secure adult faith.