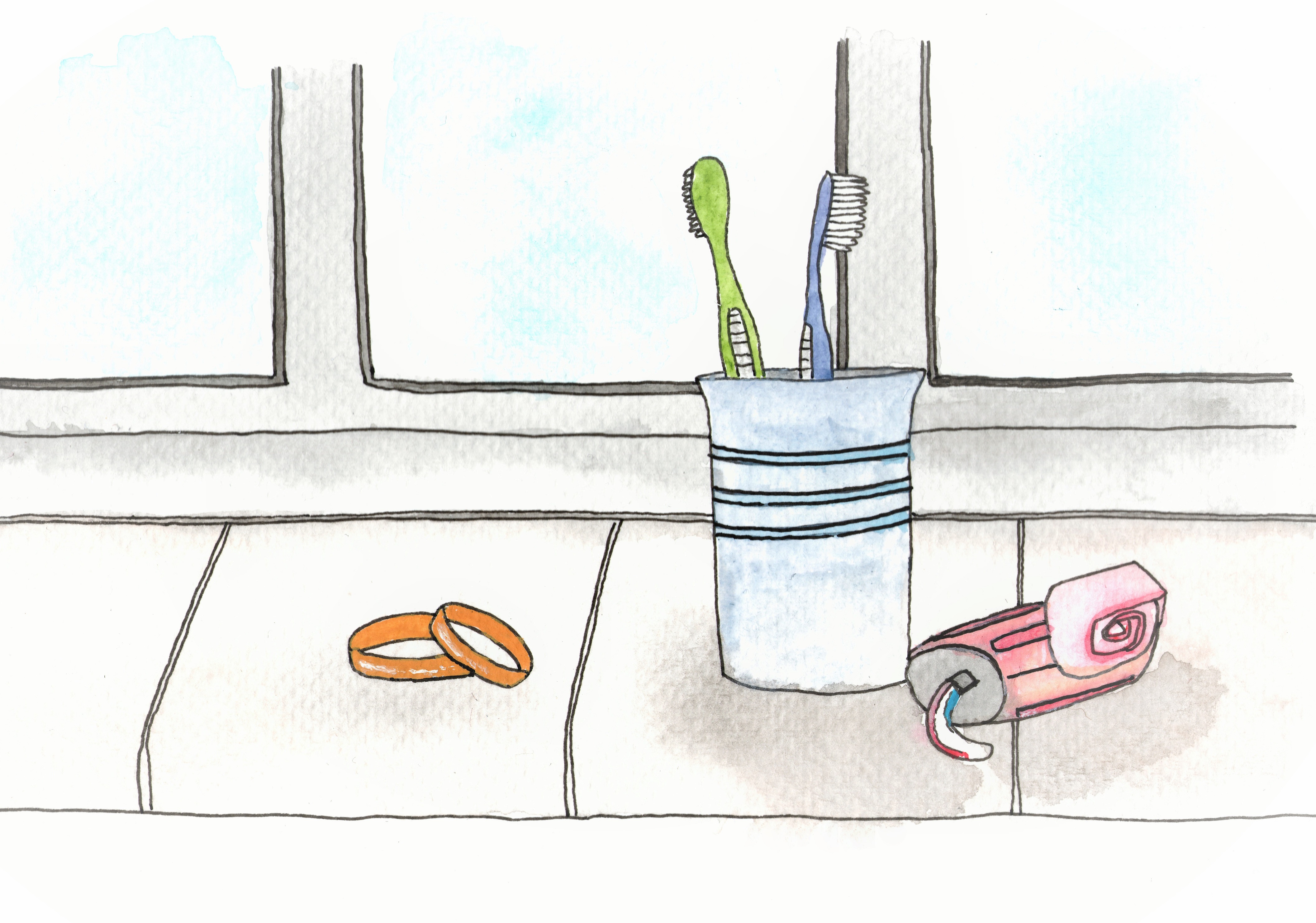 Last year I wrote about the experiences of unmarried young adults in the British church. A number of people responded to the article with their own stories of ‘feeling invisible’ as an unmarried adult. However, a second set of relational issues have become evident from the data I’ve gathered from among those Millennials who are (or had been) married.

They are problems around sex and fertility.

Expectations around sexual behaviour within western culture have changed beyond recognition.

For those of us who grew up in church the ‘hands off until you’re married’ message probably resounded loud and clear in our youth groups. (Whether we obeyed is another matter!) But expectations around sexual behaviour within western culture have changed beyond recognition within the last 10-15 years.

If you are a youth worker or involved in young adult ministry you’ll know how often both guys and girls come to talk about their concerns with sexual identity, attraction and behaviour.  And they are the ones who are talking about it!

The assumption among young people is that temptation will vanish once you’re married.

Historically, I’ve sat on many a Q&A panel answering questions from students about Christian sexual ethics and most of the conversation has revolved around how to be holy until you can legitimately have sex – as a married person. The assumption among young people (and possibly singles in general) is once you’re married it’s all good. Temptation will vanish, you can crack on with the fun stuff!

Those who are recently married can find themselves unable to discuss their struggles.

As those who are married undoubtedly know, it’s not as simple as that. Temptation doesn’t evaporate and everyone isn’t ‘at it’ 24/7 as singles sometimes assume they are. But, given that in Church we are still reticent to talk about the realities of sex, young adults who are recently married can find themselves with struggles they feel unable to discuss or get help for.

In my experience, as a rule:

As for other sexual problems, domestic violence, abuse or infidelity – how often are they just unspoken secrets until something explodes catastrophically?

Although there is data on the population at large I’m not aware of any statistics on these sorts of problems within the church. (Please let me know if you do!) What that means is I don’t know whether my sample is representative or abnormal, but here’s what I do know because some of my research participants were brave and honest enough to talk about the reality of their marriages.

27 of the 47 were married at the time of interview, 4 were divorced and 1 separated. Of the 32 who were/had been married, 14 spoke about some form of serious relational, sexual or fertility problem.

And those are the just ones who felt able to tell me about it.

5 individuals (2 men and 3 women) confessed to extra-marital affairs in their twenties or early thirties. 3 of the marriages had been saved with intervention and support from their church – although rebuilding trust took many years. For the other 2 (one of each gender) the affair had been the culmination of many years of unhappiness rooted in sexual incompatibility, fertility problems and communication breakdown.

All but one of these affairs had been with work colleagues.

4 women spoke of miscarriages – 2 at length. The loss of their babies had been a defining event of their twenties and in one case repeated reproductive loss had devastated the young woman’s marriage and faith. Two men spoke more briefly about losing their babies, for one it had profoundly rocked his relationship with God.

The ‘support’ some had received from well-meaning Church members had been less than helpful. Stories of miracle babies from now happy parents, prophecies that they would conceive, repeatedly watching others celebrate the birth of children led to several leaving their church. It was just too hard, too raw, too relentless and they saw few alternatives to the ‘nuclear family’ modelled.

One woman described her need to see a psychosexual counsellor and the emotional abuse inflicted by the Christian husband who eventually left her. I heard a story of sexual incompatibility discovered by a couple once they married which, despite counselling, they failed to resolve. Another woman spoke of the domestic violence she had suffered and the shame she experienced at her marriage ending. Two men referred to the damage their use of pornography had done to their marriage. Statistically there must have been more who didn’t speak about it.

How should the church respond?

What goes on behind closed doors within our communities?

As you can imagine I was honoured to be trusted with their stories. But it has made me reflect on how much goes on behind closed doors within our communities? How much is hidden? Unspeakable? Profoundly traumatic for those who, at a young age are still developing emotional capacity and spiritual resilience?

The pastoral support they do or don’t receive and the theological resources made available to them are incredibly important.

Person to person support is what cuts it for Millennials

The Bible is incredibly real about suffering and struggle in relationships but so often our inhibitions or prudishness make us unwilling to face those things. There are a plethora of books, blogs and websites but prayer and wise counsel; person to person support is what cuts it for Millennials. The love and understanding of elders (not just peers), especially for those a long way from their parents, is vitally important. The woman who suffered emotional abuse repeatedly spoke of an older lady in her church who continually listened, prayed and loved her. Having that companion through the darkness saved her faith.

Many of the others struggled in silence.

I wonder how honest we are with young people about the realities of marriage? How well we prepare them for the grit of married life, support newlyweds, or those for whom the initial buzz of ‘being in love’ has worn off?

“Marriage has achieved near mystical status and is overwhelmingly romanticized”

Young adults have been exposed to the double whammy of parental marriage breakdown as the norm and a Hollywood idealised version of ‘true love’ that will ‘complete me.’ A large scale research project from the States reports the irony that secular young adults are both postponing marriage (for fear it will fail) and idealising it as the ultimate expression of romantic love. They explained, “Marriage has achieved near mystical status for many Emerging Adults and is overwhelmingly romanticized.”[6] In their findings 77% of women and 74% of men under 30 agreed that their soul mate is out there somewhere and that “Love at first sight is not just a nice thought – it is an expectation.”[7] For Millennials marriage is meant to be idyllic from start to finish.

That is a lot of pressure to put on a relationship.

It’s also not what Scripture and Christian tradition teach about marriage, but it is the world today’s teens and young adults live within.

Researchers found a greater expectation of sacrifice among religious Millennials.

The American researchers DID find a difference in expectation among religious young adults; a greater sense of sacrifice and expectation of growing up together rather than harnessing two (hopefully) compatible lives and careers. They also noted that 20% of American young adults do still marry young (before the age of 25) many of whom are religious. Those patterns match my data; 51% had married before the age of 25 – although, with hindsight some thought they’d been too young. Likewise, many talked about being a team, making compromises and sacrifices for each other (though in truth it was mainly women who sacrificed their careers – more on that another day). But marriage is hard. Young adults need help in working it out.

According to this (admittedly small) sample nearly half have significant struggles or make serious mistakes.

It’s really not the idyllic path so many unhappy singletons dream of.

What is the culture in our churches?

We need to reflect on the culture we (deliberately or unintentionally) communicate in our churches and the so often propagated expectation that marriage is the answer to everyone’s needs; that ‘nuclear is normative’ (statistically, beyond the church it’s really not). Perhaps we might ponder 1 Corinthians 7 or be intentional in teaching a theology of marriage. Maybe just opening the conversation about domestic abuse, sexual temptation, unrealistic expectations of one’s spouse would help?

It seems to me that we really need to be compassionate and wise in supporting the divorced and the childless; encouraging and hospitable towards the unmarried; and honest in creating an environment where married people CAN ask for help and receive support to live out the covenant vows they have made.

It’s not just Millennials that need this sort of community!

[5] The BBC recently ran a series of articles on male infertility which raised the issue of male silence and the effects of that.
http://www.bbc.co.uk/news/health-41820347 (accessed Jan ’18)