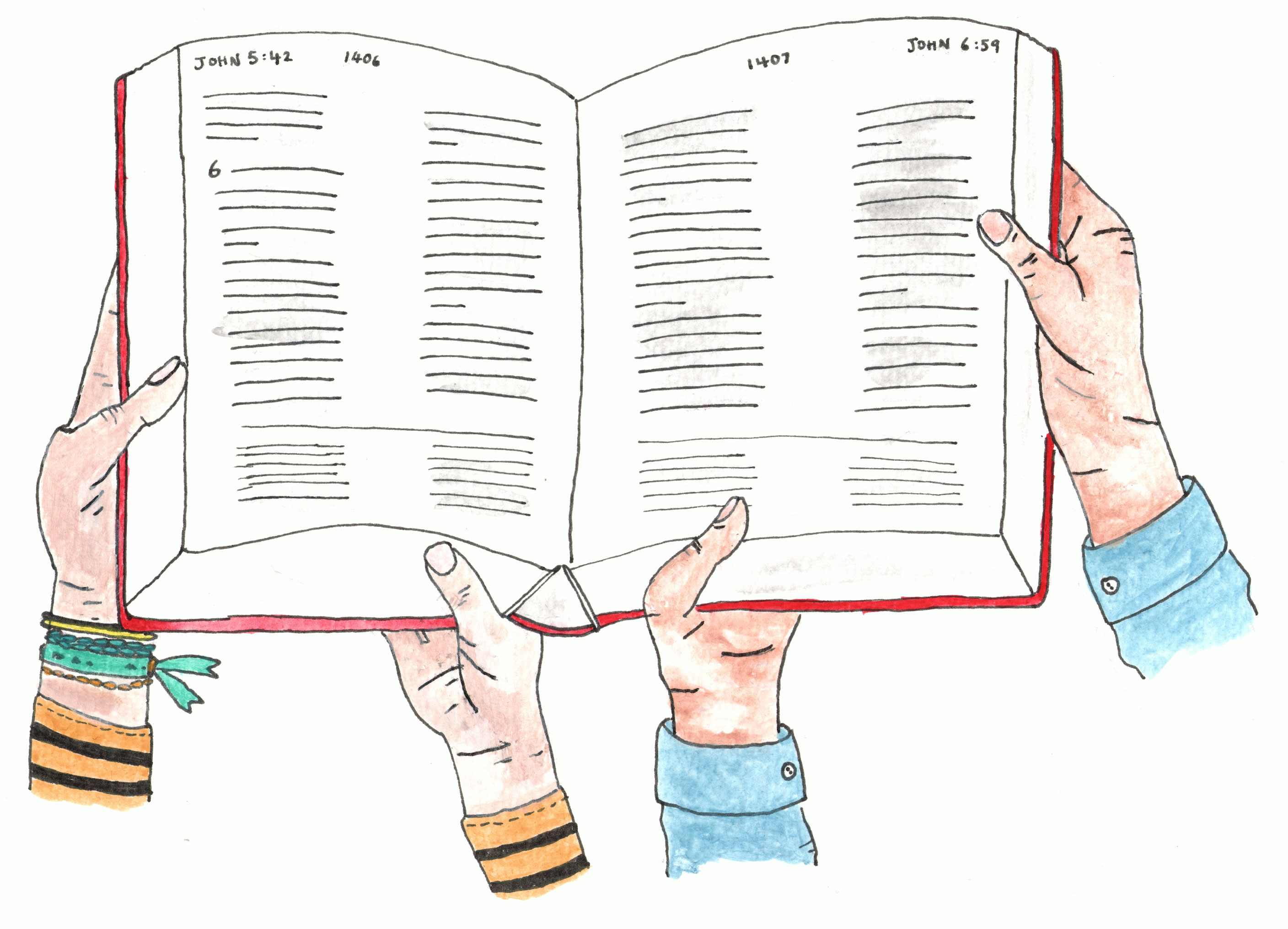 A number of the articles on this website make for challenging reading. Writing them has caused me to reflect on the things we so often do wrong when it comes to encouraging faith. In the light of that I wanted to write something positive; something to inspire rather than just challenge.

So these are some reflections on getting things right.

Today’s young adults are really open to being mentored

At one level there is nothing new AT ALL in what I’m about to say. It is thoroughly biblical, modelled again and again in both Old and New Testaments: Moses and Joshua; Samuel and David; Elijah and Elisha; Paul and Timothy… the list goes on. Our ancient forbears were really on to something about helping people reach their potential, and both data and personal experience have taught me that those models still work. Today’s young adults are really open to being mentored. Where Baby Boomers and Generation X rebelled and dismissed their elders, Millennials don’t.

During research interviews I’ve been told again and again about how relationships with older believers had a hugely positive impact on young adult faith. Despite thousands of years of history, human nature doesn’t seem to change – those whose faith thrives rarely follow Jesus in isolation!

How does faith develop?

Scholars have been exploring how faith develops for quite some time.[1] Most models argue that children believe what their parents say is true, but for teens, (starting to form an independent identity) their source of  authority usually comes from peers; they typically believe what those around them say is true. So, if they have a group of friends with faith then they are more likely to continue to believe themselves. If everyone around them says there’s no such thing as God then, chances are, they will be strongly influenced by that – even if their parents are religious.

Those same models have also argued that the late teens and early twenties are when people finally decide for themselves whether they will have a personal faith or not. In other words, their source of authority becomes internal; people start to trust their own judgement creating what is referred to as ‘Individuative-reflective faith’. Developmental psychologists see it as an important task of adult identity formation – deciding whether to follow the faith (or secularism) of their family or reject it.

However, being a young adult has changed dramatically over the last decade. For a variety of socio-economic and cultural reasons many Millennials are taking longer to work out who they are than previous generations (a process known as ‘emerging adulthood’).[2] Bombarded with multiple worldviews via the internet it can also take longer to establish a stable religious faith. In fact rather that 18-22, current research suggests that faith loss (and conversely conversion) are now most likely to take place between 18 and 29.[3]

One of the (several) criticisms of existing faith development models is that they promote rationalism and western individualism as ‘normal’ for everyone.  Feminists have long argued that non-Western, working class and women’s faith continue to be more relational into adulthood than those models gave credit for.[4]

And my data suggests that millennial faith formation – in both genders – is  strongly influenced by relationships.

Of the 41 young adults I interviewed whose faith continued into their thirties, nearly 60% specifically named an older non family member who had been a friend, advisor or supporter through the challenges of their twenties. Predictably, they included church leaders, but also those a decade ahead who were walking a similar path and even those who were much older – their parents age. The faithful friendship, prayer and practical support of those believers had helped them to hang on to faith when they had doubted. God had shown his love to them through those relationships.

Helping them arrange a mortgage, fix up their new home, clean the house when they had tiny babies. Ringing to ‘just check how you are’, praying for job interviews, offering them hospitality or wise advice. All of these and many more were reported to me. For example,

“There’s a lady at Church who is in her sixties and probably a similar age to my Mum. She’s got kids of her own off at university and she will always make time to have a cup of tea. I think inter-generational friendships are really important. You learn so much”

Others talked about having how to be a Christian parent/professional/ spouse modeled to them, and being given opportunity to talk about things that were hard. One young doctor talked about how older Christian medics had helped him reflect on the ethical dilemmas he faced at work. A young woman struggling with being single described how an older single woman in the congregation had helped her gain a new perspective on her situation.

Some had been singled out and intentionally mentored, encouraged to lead and step out of their comfort zone in some sphere or other. The sense of someone believing in their potential, and wanting to help them develop it, was a huge encouragement. Some of those who were struggling had longed for someone to notice and believe in them.

I have to confess to being challenged by that. I’ve mentored a number of young adults in my time but as someone with an ‘alpha’ personality I’ve tended to home in on young ‘alpha’s’ to build those relationships with. It seemed sensible – we had a lot in common.  I have reflected though on those I didn’t pay attention to; those who were gentler, less obviously gifted. I wonder what potential they had beneath the surface which God might have wanted to draw out and I ignored. I wonder if anyone else helped them?

Still, the principle stands – relationships with elders and mentoring of younger believers is biblical and beneficial, and Millennials are often up for it.

Why are they such a Relational Generation?

Lots of commentators have noticed millennial relationality.[5] It’s ironic that they crave authentic relationships given how individualistic, technologically connected and mobile many are (or perhaps that’s why?) Some people think it’s because they tend to remain closer to their parents than previous generations. ‘Helicopter parenting’, the advent of the mobile phone and financial pressures are probably factors. Many young adults ‘yo-yo’ in and out of living with their parents through their twenties.[6] Relationships with older people then, are something they are used to and see the value in. Especially if they are living a long way from their family, having ‘spiritual parents’ is a real blessing.

Millennials want to learn from their elders, but also expect to be listened to

However, Millennials have grown up with ‘pupil centred’ education. They’ve been encouraged to vote/tweet/ comment on everything under the sun. They are used to being listened to. So, even though they want to learn from their elders, many young adults also anticipate having a voice and being included in decision making. Asking questions or challenging things isn’t necessarily an act of rebellion, but genuinely wanting to understand or make a contribution. Collaboration is the name of the game for today’s young adults. My participants said things like “walk with us,” “trust us,” “be real with us.”
That means the learning and support isn’t a one way thing from the ‘wise elder’ to the ‘young novice’ but a two way exchange of ideas in Millennial minds. That can come across as disrespectful to those who grew up being taught to ‘obey your elders’ but actually, given the complexity of contemporary culture and technology (which millennials tend to understand) there’s a genuine need for mutual learning.

Millennials need help with discernment more than they need information

Today’s young people don’t need information from their elders (google can give them that!) what they need is wisdom to discern what is truthful and life-giving, and how to develop an authentic resilient faith. The ‘right answers’ aren’t of much interest to them, they’d rather talk about real joys and struggles with elders willing to be honest and sincere. Likewise we can learn a lot about navigating our way towards the future from (among other things) their passion for social justice and creativity.

That sort of mutual learning is also a biblical pattern. Think about Ruth and Naomi navigating challenges together across the generation gap, or 2 Timothy. Facing his death the Apostle Paul longs for his spiritual ‘son’ Timothy. There’s no pretense in those relationships -the joys and sorrows are part of developing a life-long mutual trust and faith.

A Vision for Mentoring

Lots of churches are getting this right if my findings are anything to go by. But imagine if everyone over 30 in every church understood that young people WANT to be friends with them?

Recent research revealed that 47 is the mean age for those emerging adults admired most, “care and generativity,” followed by “resilience and positivity” were the things they admired them for. This is a generation for whom kindness, honest relationships, modelling of how to live a life of faith and how to keep it going are the things they value most. [7]

If every adult ‘adopted’ a young person, how would that change things?

If every adult they kept their ears open for the Spirit’s prompting and ‘adopted’ a young person, student or emerging adult how would that change things? Who might they all become?

The possibilities are limitless!

I’ll finish with the words of a young man I interviewed who had found a ‘spiritual dad’ in a work colleague.

“I think we need, especially in our twenties, fathers and mothers in the faith. People who are going to invest in us and believe in us, and challenge us – who are willing to put time in and be real.”

Jesus put it this way “This is how the world will know you are my disciples, if you love one another.”[8]

[1] Fowler, J., Stages of Faith: The psychology of human development and the quest for meaning (San Francisco, 1995)

[2] Arnett, J.J., Emerging Adulthood; The winding road from the late teens through the twenties, (Oxford: OUP, 2004)