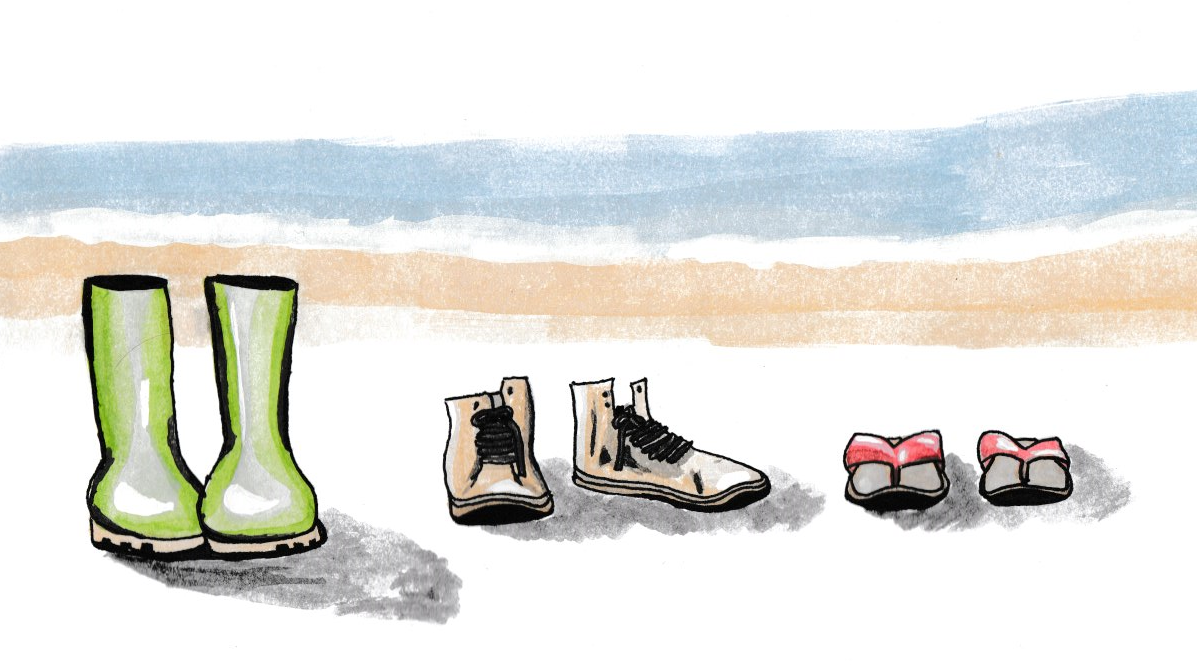 It’s been a while since I wrote – apologies; book writing consumed my brain.

Changing Shape; The faith Lives of Millennials (SCM) is available for pre-order and due for publication on Jan 31st 2020. In it I’ve written about the faith journeys of young adults during the volatile decade of their twenties. But having spent a lot of time thinking about faith loss as part of that project I wanted to do some work into something more hopeful – how those from non-religious backgrounds come to faith – because some of them are!

It has long been documented by psychologists that religious belief can be good for people. For example, overall mental health tends to be better and social capital greater, plus young people typically engage in fewer risky behaviours.

It’s not rocket science that a congruent worldview, identity and faith community might help people’s wellbeing

It’s not rocket science that a congruent worldview, identity and faith community might help people’s well-being. However, among the youngest British generations faith is at an all-time low.  70% of those under 30 self-describe as having no religious belief and that is having consequences.  A report due out next year (which I’ve had a sneaky peak at) shows that in comparison to 14 other countries (both first world and developing) there are some pretty devastating patterns around loneliness and anxiety among young British adults.

At the same time, I keep hearing stories from student workers, of individuals just wandering into church. Not even with a friend, just wanting to know what Christianity is about and genuinely open to exploring that.

We might speculate about how those two things fit together in the midst of our current national existential crisis, but this site is about data not anecdote so I’ve written two posts (this and next month) reporting the findings of a small project which involved interviewing 9 people who came to faith in their mid to late twenties.

I’ve previously discussed how faith formation seems to have stretched alongside the process of ‘emerging adulthood.’  17-22 is still pivotal in people’s faith journeys (as the above student workers are finding) but since many of today’s younger generations spend most of their twenties exploring identity and worldview, they often reject faith or convert much later than formerly expected.

My initial reflection was…

We need to be aware of the diversity of young adults and the ways in which they come to faith.

So much has been written about them, but Millennials (and the now emerging Gen Z) have not all taken a ‘gap yah’ or been covered by ‘the Bank of Mum and Dad’. Some are parents, some are vulnerable, some run their own businesses! They do not all enjoy large, loud churches full of their peers, and alpha (whilst great) is not the answer to every person’s faith exploration.

I’ll illustrate what I mean by sharing something of their stories. (All have been given pseudonyms)

Penny had serious mental health struggles and an existential crisis around the meaning of her life. She tried to go to church – but was completely ignored twice. Finally, she met a guy her dad’s age at a sports club who invited her to attend his church. There she met people involved in serving the poor and joined in. She loves Jesus but doesn’t love church – she wishes it was more radical!

Sam, from a chaotic background, also met a guy at a sports club who was both a scientist and Christian (things Sam assumed were mutually exclusive).  A series of improbably answered prayers convinced him that God was real, and he was introduced to a community of Christians that gave him a sense of family; including a man 15 years older who became a professional mentor. After a difficult period, Sam is now settled in a smaller family church.

Nina started dating Sam while he was on this faith journey. She wanted to check out what he was getting into but found her first experience at his Charismatic church so terrifying she cried. Over time, she got used to it and made friends there who helped her to understand the gospel. She finally experienced God speaking to her through a prophetic picture someone brought and made a decision to follow Jesus.

By contrast, Simon was a confirmed and pretty aggressive atheist. He had long debates (often by WhatsApp late at night) with a friend. Through reading a huge amount of literature he concluded that Christianity was both credible and logically coherent. He was finally converted by finding intellectual holes in The God Delusion!

Helen, a newly divorced single mum was taken to church by a visiting friend. She experienced a profound sense of peace and found a new perspective on life through a group of young women who adopted her into their friendship group.  They also taught her to pray and, like Sam, a series of improbably answered prayers convinced her that God was real and loved her.

As you can tell, these five represent a diverse range of socio-economic backgrounds, family circumstances and levels of education. Their perceived needs and questions were widely different and yet they all found their way to a faith in Jesus. For them this was within evangelical or charismatic contexts (where the majority of young British Christians are found).

However, I spoke with two others who had come to faith through a different route; Andrew and Angela.

Andrew loves to sing and joined a church choir to perform choral music. The Aesthetic beauty of the building and worship, the liturgy and homilies in this Anglo Catholic context convinced him there was a God and, like Penny, he was particularly impressed by the congregation’s care for the poor. He began to meet with the priest and a group of other young men to explore faith and became a Christian much to the chagrin of his atheist family.

Similarly, Angela began to volunteer in a setting run by Catholic nuns to improve her CV. She was so impressed by their devotion that she began to attend services and explore their beliefs. At one point she became a postulant, but ultimately decided the strict lifestyle was a step too far. She is now the only young person in her Anglo-Catholic congregation (something she struggles with), but her faith is sincere, and she wants to learn more.

What can we learn?

The point of telling you these stories is this.

Faith journeys are unique.  Helen found charismatic worship peaceful, but Nina was initially terrified by the exact same experience. Practical Bible teaching on how to live well was foundational for Sam, but for Simon intellectual rigour was the cornerstone of his conversion.  Some came overtly looking for existential answers, some were drawn by aesthetic or social factors. For others hospitality and a sense of welcome was the primary attraction of the gospel.

I imagine most people reading this will go “Well, of course!” But none the less we tend to want a silver bullet to attract younger people to our congregation or form of Christianity. I’ve written before about trans-denominationalism as the norm, but these stories convinced me that there is a need for generosity as young adults explore faith. Meeting Jesus in a way that is meaningful to them is surely the priority?

I have an evolving theory which I offer for your consideration about how conversion works among un-churched younger generations. Perhaps it might provide food for thought about how those of us who embark on evangelistic endeavours do so?

All the ‘on-ramps’ involve a form of authenticity

I think there are (at least) four ‘on-ramps’ for how younger generations come to faith depending on their temperament, background and circumstances. Interestingly all of them involve a form of authenticity.

Wider findings suggest that ultimately, all four factors are needed for faith to mature and thrive. However, it seems that different people need different initial ‘on-ramps’ to authenticate the Christian faith in a secular, pluralist culture.

What are our strengths and weaknesses?

It is perhaps worth reflecting on what our congregations do well – and poorly, and in the light of that think about who might meet Christ in our setting and who might be alienated?

Similarly, if we have a specific sense of calling – say to the marginalised, or less educated – then where might we direct those who come with profoundly intellectual questions which our faith community may not be able to address? Or how might we be generous with those for whom our style of worship is too noisy, too quiet, aesthetically alienating? Which congregations might we direct them to that might help them to meet Jesus in a way that appeals to their temperament?

It is more important that young people meet Jesus somewhere, than that they fill the demographic gap in our particular congregation

I’m not suggesting we create silos or that these things are impossible to hold together. All I’m suggesting is that it is more important that young people meet Jesus somewhere, than that they fill the demographic gap in our particular congregation. Christians can no longer afford to be competitive or hostile towards each other, and young adults won’t tolerate it. They are a generation that look for what people have in common rather than what divides them. A good example is this spoken word by Miriam Swaffield.

So, I’ll conclude with some questions to consider