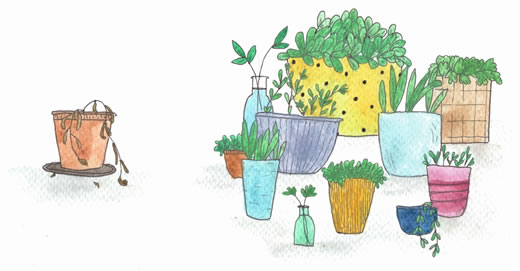 “It is a truth universally acknowledged, that a single man in possession of a good fortune must be in want of a wife.”

Many Millennials still aspire to marry
– one day.

What about those who don’t find ‘The One’ or indeed any one?

Like other conservative religions, evangelical Christianity has typically continued to exhort sexual abstinence outside of the lifelong covenant of heterosexual marriage, ideally to another believer. Consequently evangelicals tend to marry younger than the general population. But when women outnumber men in the church, what about those who don’t find ‘The One’ or indeed any one?

I’ve recently interviewed 50 young adults living in the UK who are in their early thirties about how the events of their twenties affected their faith. Of that sample 5 men and 8 women (27%) had never been married. This article describes some of what they reported about that.

One thing that recurred in their stories was feeling ‘odd’. Several described being normal in their early twenties, often part of a close friendship group, even a pseudo-family (ala Friends/ Big Bang Theory etc). Gradually though, over the years these groups disbanded as people paired up, entering wedding and baby land. Those ‘left behind’ described feeling more and more isolated even within churches where they were well established. They hadn’t changed, but around them it felt like everyone else had and there was no-one left to share a house or go on holiday with.

Joining a new church can be doubly hard for those who are single.

Joining a new church (as a mobile generation like Millennials often have to) was doubly hard for those who were single. Although churches are often set up to welcome students, once they graduated people found much less support. Very often as they got older their peers were couples or parents with whom they felt they had little in common.

One woman asked me how she was supposed to make friends when she didn’t have a baby and worked. Her peers met during the day and bonded over their babies, or were exhausted from work and just stayed in with their partner in the evening, socializing with other couples at the weekend. Combined with the pressure of a new job, relocation was a lonely time.

One married guy told me that he was relieved to have moved with a wife because could see how difficult joining his church community was for anyone single and over 25.

Another recurring theme was that there are two ages at which people told me they hoped to have met ‘The One’.  Firstly university (for those who went). I heard several stories of people being told as teenagers to expect that by family and church members. This had the effect of making them anxious as graduation approached and ‘The One’ hadn’t.

Apparently the final acceptable deadline for marriage is 30.

Research from the US says that many in their early twenties consider 25 to be the ideal age to marry but several participants told me that they had believed the final acceptable deadline for marriage was 30.

One woman had hesitated to end an unhappy relationship in her late twenties because she thought, ‘Is this going to be my last chance? Will I meet someone else?’ Another described how disillusioned she had become with Christian online dating, as men she’d met once felt entitled to tell her exactly why she wasn’t ‘The One’ for them (usually by text). Equally, a 31 year old guy felt a failure because he was single, childless and living back with his mother. A second despaired of meeting someone compatible despite his forays into online matchmaking.  Another guy aged 30 was more confident he would marry one day, although his tone was still anxious.

It’s not just women who feel ‘left behind.’

Church can make it worse

That personal sense of failure to hit either deadline can be exacerbated within church when so many people are marrying. Even those who are content can find the ongoing round of weddings difficult. Rachel (not her real name) explained, “I’m sick of leading wedding worship and making wedding cakes and being a bridesmaid. Equally, I don’t desperately want to get married. I just feel kind of trapped.”

Felicity, (also not her real name) was 34 and largely happy being single. However, she became tearful when she described the pressure she felt. “For a lot of people they don’t know what to do with a young woman in her thirties who has not managed to get married yet. I think that’s more what I struggle with. I don’t necessarily worry about myself that much. I think you feel the pressure that everybody else does. It’s the conversation they all want to ask you about. You feel like a bit of a failure!”

Singleness is proclaimed as positive from the pulpit but church culture often doesn’t model that.

What is hard is that so often the combination of societal AND church culture overrides theology. Nicola, (you’ve got that none of these are real name now right?) described a situation where on an annual basis her church taught from 1 Corinthians on the value of singleness. From the pulpit it is proclaimed as a positive life pattern (usually by a married man), however the culture of many churches does not model that.  The idea that adulthood and human thriving must involve ‘The One’ has largely been embraced by the Protestant Church. That means those who are single (and indeed divorced or widowed) often feel isolated, pitied and sometimes belittled as the wedding march continues and they became less and less like their peers.

It’s so often true that the ‘gift of singleness’ Paul describes in 1 Corinthians is experienced more like a curse.

To be fair 5 of my 13 singles were relatively content with their situation and talked about the freedom, independence and opportunities it brought them.  They spoke of how their faith had deepened as a result of learning to live alone, about God’s provision and what He had taught them about their identity and purpose.

Some described how they had a less romantic and more realistic perspective on marriage having seen other people’s relationships in action. Miriam felt she’d ‘dodged a bullet’ by not marrying her long term boyfriend, and Nicola felt she’d taken professional strides she might otherwise not have done.  Will saw that having to prioritise a wife would have limited the ministry he was passionate about.

But equally common were stories of friends – particularly young women – who had decided marriage and a family trumped following Jesus and given their chances of meeting ‘The One’ in church they’d left to look elsewhere. Others told stories of Christian men treating women badly – because women outnumbered them, they could.

If you’re involved in ministry to young adults (or are single yourself) little of this will surprise you.

The most content singles were those who felt valued and included.

However what emerged from the stories of those who were more content were two factors that seemed to help:

Either, they had continued to have other single friends (often non-Christians) and so felt less isolated. They were not the only one who had missed the ‘best before’ date or was continuing to live a more flexible lifestyle.

Or, their married friends had intentionally included them in their new family. For example, making them hands on godparents or inviting them to spend weekends and holidays. When those friendships continued to be warm, inclusive and mutually important, singles (unsurprisingly) still felt loved even if it wasn’t by a partner.

The Bible is clear about the importance of community, and there are increasing voices being raised about the idolatry of the nuclear family. Bella DePaulo has explored alternative living arrangements created by single people in America. It makes for an inspiring read about how those without partners create life-giving community.[2] We, the church, could do with taking some lessons in hospitality and community from those people. Wes Hill who writes as a celibate, gay man explores these issues too.[3]

Churches need to consider what they consciously and unconsciously communicate.

It seems to me that there is a real need for churches, leaders and marrieds to take a look at what they consciously and unconsciously communicate. This needs to be intentional if it’s to override the dominant culture both inside and outside the Church. Faith and faith communities should surely provide people with identity, support and theology that validates them as fully complete humans, with an important role to play in God’s kingdom plans.

Church history is full of heroic single men and women.

An unmarried apostle wrote much of the New Testament.

We had an unmarried Messiah.

There isn’t just ‘one size fits all’ for single young adults. They are not all Bridget Jones, but they do need love and support and my findings suggest that Churches could do a lot better at intentionally providing that.